CPAVO: Strategy-setting Conference of the Archaeologists of the Near East: “Iraq and Syria. Archaeological Heritage Between Risks and Perspectives”

On December 16 and 17, 2016 in the Palagio dei Capitani di Parte Guelfa in Florence the Strategy-setting Conference of the Archaeologists of the Near East “Iraq and Syria. Archaeological Heritage Between Risks and Perspectives” will be held, organized by CAMNES (Centre for Ancient Mediterranean and Near Eastern Studies), in collaboration with the Municipality of Florence (UNESCO Office) and the Academy of Arts and Design of Florence.

CAMNES and the Municipality of Florence (UNESCO Office) have constituted a Scientific and Organizing Committee, which met in Florence on June 28th with the specific purpose to define and organize this upcoming event. The project behind this conference is based on the fact that the scientific community of archaeologists of the Near East is able to make an active and important contribution in addressing not only academic and field research issues, but most importantly those related to prevention, conservation and enhancement of archaeological and cultural heritage in contexts currently affected by conflicts, more specifically Iraq and Syria.

For these reasons we felt necessary to bring together all the scholars of this discipline – currently active, involved or potentially interested in projects of excavations and research in Syria and Iraq – with the aim of producing concrete proposals and projects based on the following topics: 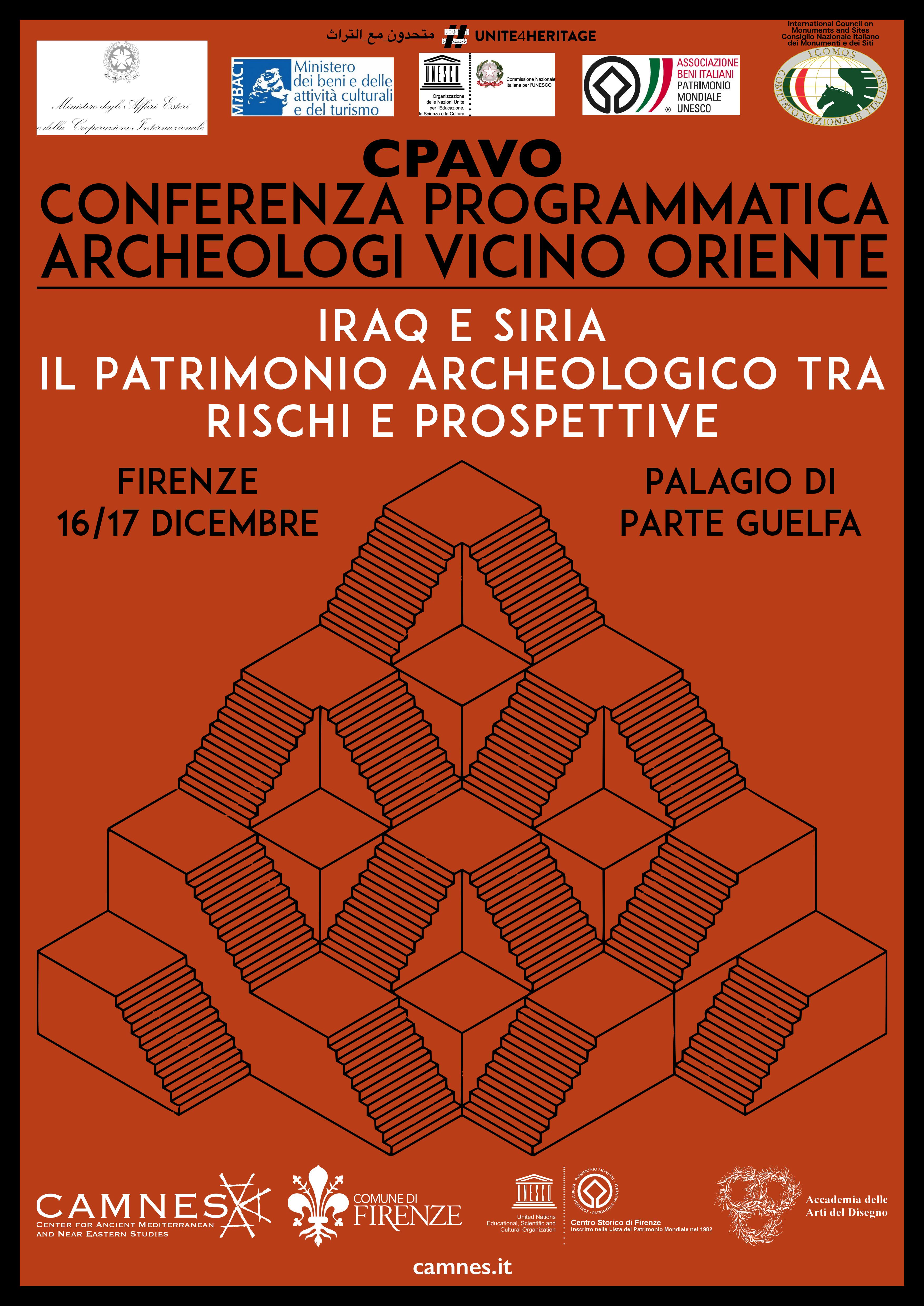