Laboratorio San Lorenzo: a Partecipatory Process for the regeneration of the district of San Lorenzo and Sant’Orsola EX OF SANT’ORSOLA

At the base of the project, The “Laboratorio San Lorenzo” is based on an analysis of the area in which the Sant’Orsola complex is located and on the need to open up spaces for dialogue and public debate on the theme of the identity and transformation of the Historic Centre of Florence, of which the San Lorenzo district is considered the fundamental nucleus, with the Basilica of San Lorenzo, Palazzo Medici-Riccardi, the Central Market and the former convent of Sant’Orsola, an architectural complex of fourteenth-century origin, located just a few steps from the Duomo, closed and abandoned for over 40 years.

The Metropolitan City, the owner of the property, has issued in recent years several calls for proposals for the enhancement of the complex that unfortunately have failed. In the summer of 2018, it committed 4 million euros for the restoration of the roof and facades and announced its intention to gradually reach 20 million public investments for the recovery of the complex. In October, however, the Metropolitan Council approved an act of guidance to proceed with the identification of an economic operator concerned, with whom to initiate private negotiations, even partly derogating from the intended use provided for in previous calls and in the town planning regulations.

The residents’ concern is that the difficulty in finding economic investors willing to bear the costs of the restructuring of Sant’Orsola could lead to the gradual privatization of the property and a reduction in its social functions. So DIDA accepted the invitation of the Sant’Orsola project coordination and decided to promote, together with the Order of Architects and with the collaboration of the City of Florence and the Metropolitan City, a participatory path aimed at urban regeneration of the entire district of San Lorenzo, within a strategic vision capable of integrating readings, projects and different disciplinary contributions, to bring out the centrality and the need to return to Florence one of its most emblematic places.

The six-month participatory course is divided into three main phases: listening/involvement, sharing, and return of work. On Thursday 27 June, the results of the first phase were presented in Palazzo Medici Riccardi.

On the page Open Toscana Partecipa there are all the materials of the listening/involvement phase of the participatory path (reports of the walks and public meetings, presentations, leaflets): http://open.toscana.it/web/laboratorio-san-lorenzo 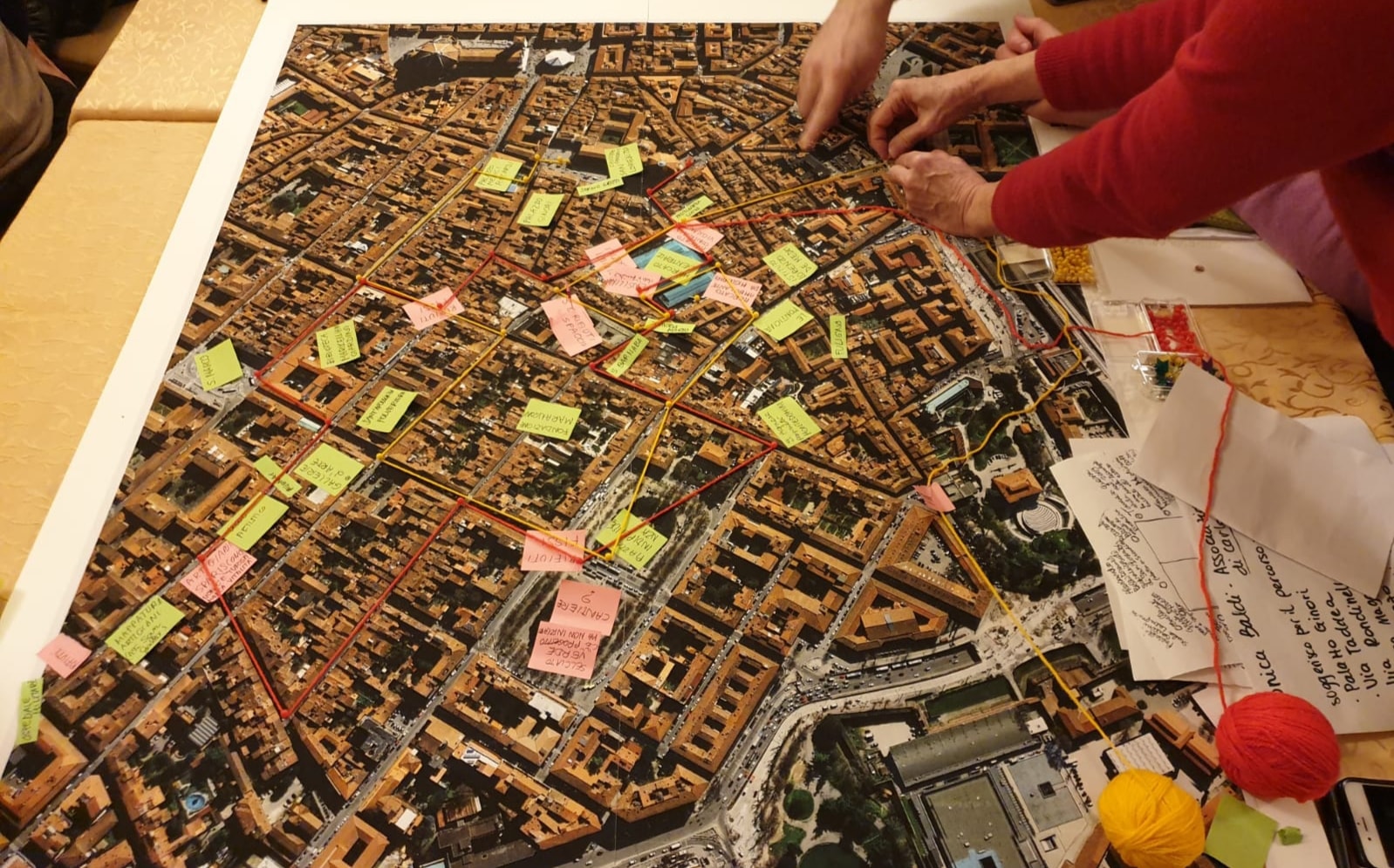